Good stuff tho. Love ya all, Steve. I think the larger point about getting self control through self denial is for everyone. Food is just one possible are of practice. Thanks SDG. Steve aka Xtian, For Catholics, who believe in the authority given to the the Magisterium of the Church by Christ for the service of Christ, when the Church says to fast on certain days from certain things, that IS the call of which you referred. I think there is great potential for this with communal activities such as worship, prayer, and even fasting.

If the Church has established certain days of fasting, then God IS calling you to fast on those days, at least. I know we are an opulant society, but are European Catholics any better?

How about South American Catholics? I used to do more severe fasts, but stopped when I started having children. So we stick to the meatless fridays, which is tricky enough. Nutrition can be important when fasting. If you are eating one meal a day, you want it to be nutrition loaded. 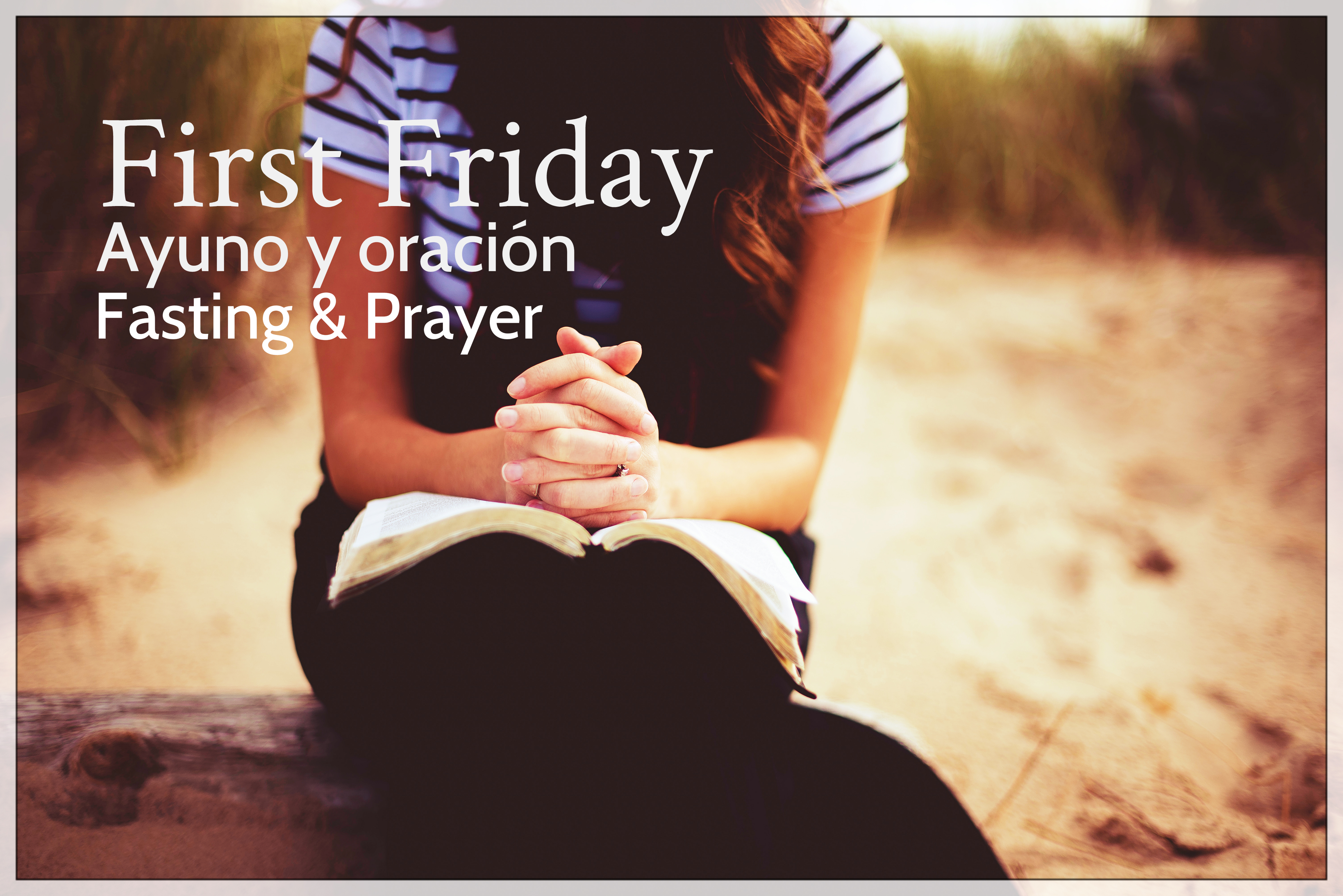 Another tradition in the Early Church was the Black Fast. No food whatsoever until 3 pm, usually on Fridays. And it is still observed in the East by some from the end of Liturgy on Holy Thursday until Easter Sunday or even to the point of having no food at all! It is now kept by Muslims and it is called Ramadan. These kinds of radical fasts are only to be undertaken with the help of a Spiritual Father Mother.

I really think that until Christians get as serious as Muslims about fasting that will continue to behind the spiritual eight ball with them. When we start fasting as serious during Lent as they do during Ramadan, when we pray as often daily as they do then we will see a radical change to people toward Christianity. Before I became a Catholic, I belonged to a sect that observed the Jewish festivals of Leviticus 23, including the hour fast from all food and drink on the Day of Atonement Yom Kippur, which was just last Saturday.

In that sect we were also encouraged to occasionally fast on other days of the year, especially in times of crisis and spiritual trial.

Ash Wednesday and Good Friday are fast days, so I fast on those days: no food, just water. But even that is a relaxation from my pre-Catholic days, when my fasts were never less than 24 hours, and always were no food and no drink not even water. Wow did that dinner taste good that night! I just wanted to add that I actually appreciate the broader, more relaxed concept of fasting that the Catholic Church has.

Before my conversion, I only knew one kind of fasting, and it was always a rigorous kind. Those with health problems, and nursing mothers, were exempt, of course. Thanks so much Tim for this post. By the way this is my first post, although I have been an avid reader of this blog for more than a year.

Jordan Potter: It sounds as if we both came from the same background. Anyhow, I became in full communion with the Church in I love reading these blogs, they give me much food for thought.

Alms, Prayer and Fasting for the Glory of Men - SLJ Institute

Thanks SDG… and Tim …. I agree — this is one of the best post TIM J has done yet! Thanks Jimmy! I note that Muslims often gain weight during Ramadan. Eating all your food at once is a good way to pack on the pounds. Thank you so much for all the postings. I have never thought of fasting as something that would bring me closer to God. I love food, too much really, and fasting for me would be a sacrifice to say the least. But I will do it now after reading all the posts. Thank you again.

I am wondering if a man directed fast is the way to go. IOW this scheduling of when to fast is putting God in a box and restricting Him and how He works in our lives to some degree. Who do you think benefits the most by teaching that God doesnt speak to His children on a personal level today? As St. Basil the Great wrote: "Though He was in the bosom of His God and Father since before the beginning of time, He emptied Himself and took the form of a servant. What is a servant?

A servant is someone who is concerned about the needs of others rather than his on needs and who seeks not to receive respect but to give it to others. The paradox is that in this self-emptying which we call metanoia that we receive the highest possible honor: the Imitation of Christ our Savior! The Gifts of the Holy Spirit are permanent qualities which each Christian receives at the time of our Baptism. They are a sharing in the Divine Life and they enable us to be docile in following the promptings of the Holy Spirit.

They are seven in number: wisdom, understanding, counsel, fortitude, knowledge, piety and fear of the Lord. Wisdom is the ability to make the best use of all that we have learned.

Prayer and Fasting : A Primer

Understanding enables us to think and to learn. Counsel is the ability to let our life be directed according to God's inspiration. Fortitude is a firm courage that enables us to live truly Christian life in the face of ridicule and persecution. Knowledge is the ability to clearly perceive God's truth. Piety is devotion to the duties and obligations of our religion. Fear-of-the-Lord or "holy awe" is a profound respect and reverence for God, for holy people including the saints and those especially consecrated to God clergy, monks and nuns , and holy things.

John the Baptist - the greatest man ever born, according to Our Lord! Nicholas - a special patron saint of Byzantine Catholics; Friday is dedicated to the holy and life-giving cross of the Lord; and Saturdays are especially set aside to honor our blessed Lady, the Mother of God, and also to remember all the beloved dead, since Our Lord remained in the tomb on this day.

In the Eastern Church it is customary to remember our departed brothers and sisters in a special way on the fortieth day after their death. We recall that after Christ our Savior rose from the dead, destroying death and conquering Hades, He appeared on many occasions to His disciples, especially to "the eleven," i. And on the fortieth day He called them to the holy mountain, commissioned them to Baptize all nations, and to forgive sins through the Sacrament of Confession. Then, before their very eyes, He was taken up bodily into heaven where He is "enthroned at the right had of the Father.

Recalling His glorious Resurrection and the fulfillment of His promise to remain with us through the Holy Church, the same Church calls us, after forty days, to put off mourning. At the end of the Divine Liturgy, the priest leads the faithful in prayers for the forgiveness of the sins of the departed servant s of God, and asks the Lord to admit his or her soul into the heavenly mansions. A special dish called kolyva in Arabic "ameh" is blessed in remembrance of the departed, to be shared by the faithful in his or her memory.

This dish is made of whole wheat berries, boiled, sweetened with honey, flavored with rose ware and spices, and decorated richly. The wheat serves as a reminder of the Good News of Christ our God regarding death - that "unless the grain die and fall to the ground, it will not bring forth new life. The sweetness reminds us of the delights of heaven awaiting all those who follow the narrow way and live the life of a faithful Christian in this world. Our Church tradition is replete with many such customs. If we do not understand them they easily become superstitious practices, or social occasions.

Understanding them, they become for us a rich treasury from which we draw strength and knowledge to deepen our commitment to Christ and His Church, our only salvation. It is an intimate act of the sublime love of God for His creation. Many of the Fathers of the Church likened the Eucharistic celebration and the Holy Communion of the faithful with the Divine Body and Blood of Christ to the purest nuptial love. Just as holy matrimony involves intimate union, and excludes all others, save the bride and groom, so this Mystical Marriage Feast of the Bridegroom Christ and His Bride the Church is an exclusive act of perfect love.

Thus, those who are not united to the Church cannot be admitted to this most sublime and intimate act of love. In the early Church, those who were not members of the community - whether unbelievers, public sinners, lapsed Catholics, etc. The next part of the Liturgy is called the "Liturgy of the Faithful," that is, the celebration that belongs properly to those who have united themselves to Christ and His Church in Baptism and Chrismation and who continue to live the life of Faith.


Even among the Faithful, those who are aware of serious sins, or who have been absent from the weekly celebration of the Holy Liturgy, or who have not prepared for Communion by prayer and fasting, may not approach the Sacred Mysteries until they have been reconciled through Confession. This rule is not based on excluding people from God's love. Rather it is based on the Church's insistence that we, the faithful, take this love that has been lavished upon us with a spirit of humility, solemnity, deep prayer. The deacon or priest proclaims when bringing the Sacred Gifts to the faithful, "Approach with the fear of God, with faith and with love.

We express this "fear of God" by making a serious and reverent preparation each time we receive the Body and Blood of Christ. We approach "with faith," meaning that we truly believe in this Mystical Supper according to the Scriptures and the ongoing, ancient teaching of the Church; that this is the True Body and Blood of Christ - NOT as some Christians falsely believe, a mere symbolic rite or "memorial.

We approach "with love" meaning that we recognize the Body of Christ in His One, Holy Catholic and Apostolic Church, and we approach not only as individuals invited to partake, but also as members of one another and of Christ. The lack of unity that does exist among people- especially fellow-Christians - cannot be remedied by pretending that it does not exist; or worse!